Brasil and Norway are World Champions in beach handball 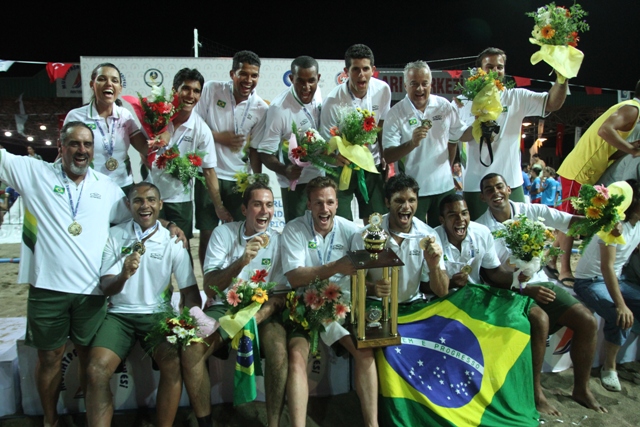 Brasil and Norway are World Champions in beach handball

In the womens final there were a nordic battle between the two friends and enemies, Denmark and Norway.

Denmark surprisingly beat Brasil in the semifinal and went all the way to the final.

– This is more than we expected, the danish headcoach Morten Holmen said to Timeout Magazine after they were ready for the final.

Norwa on the other side had set their goal to take a medal in the world championships, and with the final they had reached their goal.

Last year the norwegians won the silvermedal in the Europan Championships on their own homecourt in Larvik.

In the final Sunday evening Norway was superior and had full control on both periods. A clear, 2-0, victory for the norwegians.

On the mens side there was not surprisingly Brasil in the final. A team who has impressed everyone watching with their entertaining play.

The other favorites Croatia and Russia couldn’t make the final, but Hungarians went all the way and had to try their best to beat the Brasilians.

As in the womens final there were a clear victory to Brasil with 2-0 .