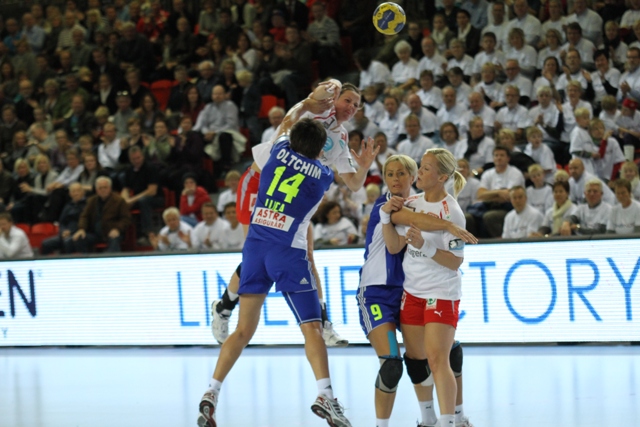 Good start of Larvik, but Oltchim in lead at the break
Tonje Larsen replaced Hammerseng in attack and with the backs of Nora Mørk and Tine Stange the home team went clearly in front. Valcea, under great pressure before this crucial game, came back thanks to goals by extraordinary line player Ionela Stanca and surprisingly lead in half-time.

Extra engine from Larvik
Larvik returned from the cabin with the fifth gear and overran the opponent, scoring several times, whilst Oltchim managed only 3 goals within 10 minutes, Cecilie Leganger performed marvelously between the sticks.

Oltchim fights back, but Larvik celebrates victory
The hall already went crazy, but Larvik stopped playing and Oltchim recognized that and fought back. Neagu & co. could only decrease the difference and Larvik celebrated a well-deserved 3 goals victory.

Karl Erik Bøhn: If we play our best, we will win against Valcea
Buducnost more or less ready for next level in Champions League