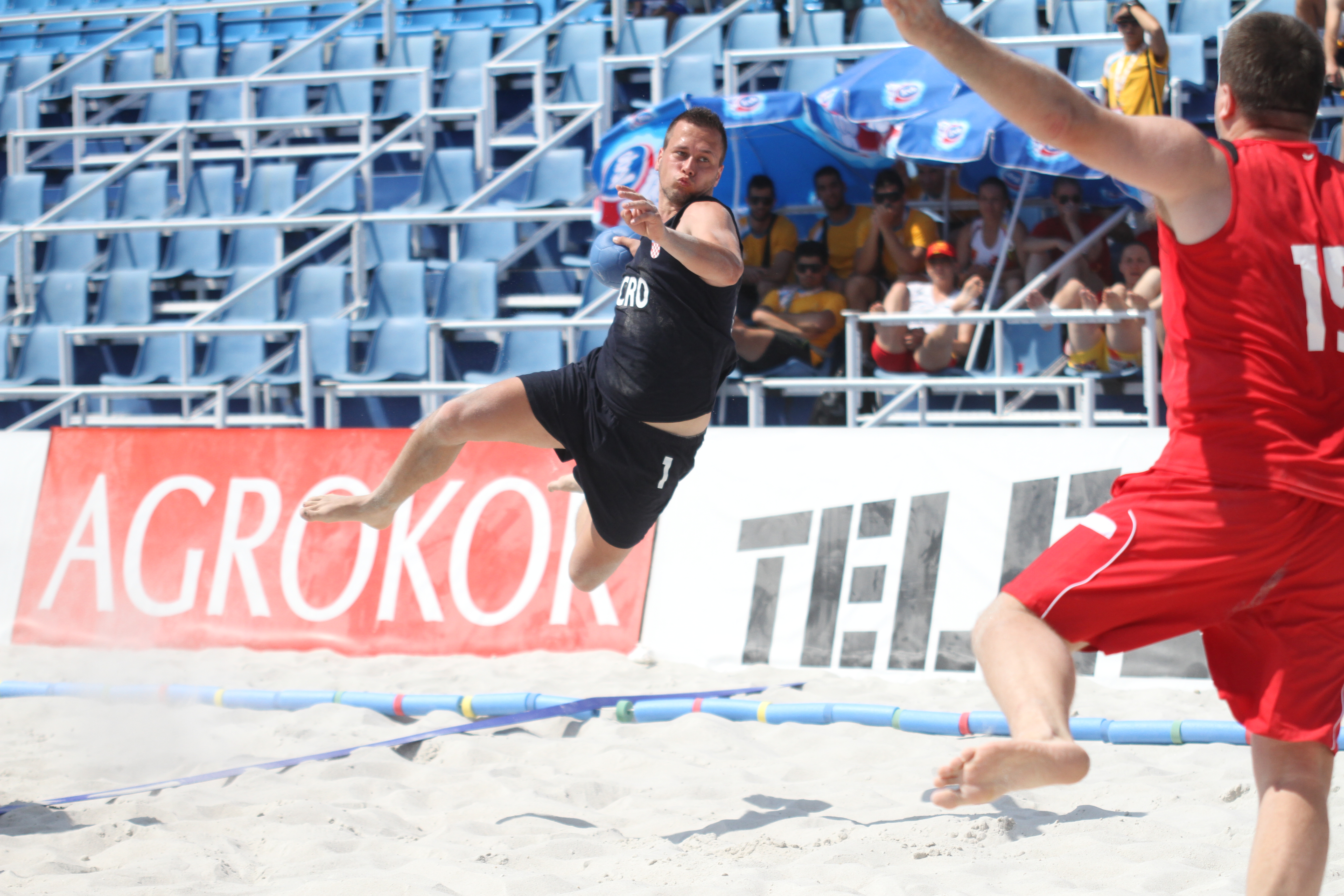 The Croatian National Team wishes to defend its title from two years ago, where they were winning gold in Larvik, so in front of their home crowd they have started in an impressive manner and celebrated a clear two set victory over Poland.

Especially in the first half Davor Rokavec´s team impressed, Poland remained cold in the legs and the home side clearly won.

Just like often in Beach Handball, the opponent became stronger in the second set, so an equal game has been developed with the Polish players taking more risk and going all out.

However with their experience the strong Croats started the fifth gear and managed a two set victory in their opening game.

Ivan Juric, player of Croatia: “The start of a tournament is always tough, you need to be in top shape from the beginning. We had some little problems in the second half, but after correcting them we were clearly winning.”

Jaroslaw Knopik, player of Poland: “We did know that Croatia are a better team, they´re the defending champions on the European Championship. We finished as 8th in Larvik and this year we aim for a better place in the tournament. We´d be very happy with a 5th or 6th place.”

See all results from EBHC 2011 Mens group B