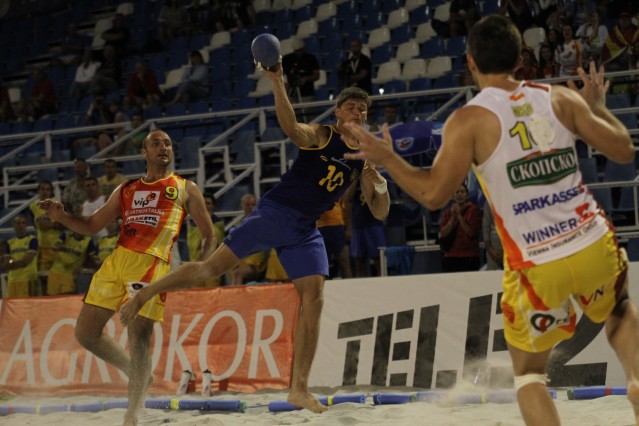 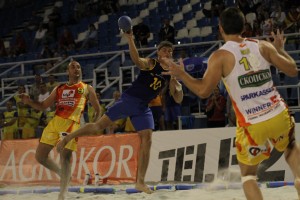 Despite another good performance of FYR Macedonia, Ukraine won over the South Europeans and collected their first two points in the tournament by winning the game in two sets.

It were two equal sets, but the Macedonian team of Saso Srbinoski had too many unlucky parts in their game and their Ukrainian counterparts punished every mistake, so FYR Macedonia are still without points in the tournament, but hope for better results tomorrow.

Ukraine lost and won one game each and aims for better results and top performance in tomorrow´s games against Switzerland and Denmark.

Sergiy Gordiyenko, coach of Ukraine: “In our first game against Hungary we were unlucky, had good chances in the second period, but we couldn´t use them. We had a 10 days training camp at home prior to the championship, but had no test game in the last five days. We need match practice and I hope in our next games we will show improved performances.”