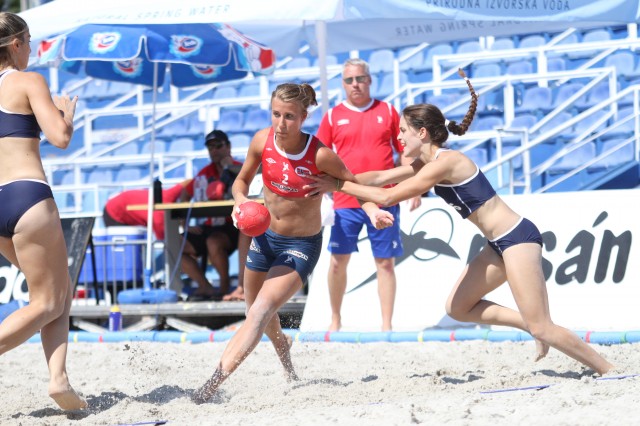 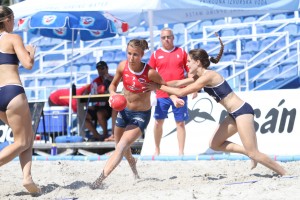 The ladies of Norway didn´t have any problems to defeat Cyprus, so they have won all their games except for one loss against Greece and will face Denmark in a Scandinavian duel in the late evening.

Norwegian coach Eskil Berg Andreassen has decided to rest one of her best players Gina Lorentsen for the team´s important clash against Denmark in the evening. Also, goalkeeper Ingrid Ødegård got rested, so her colleague Malene Solheim got playing possibility and she has thanked for this with several beautiful saves and nice direct goals.

Without them Norway still were too superior. Betina Riegelhuth and her team-mates wanted to iron out the painful loss that her side surprisingly suffered yesterday in the match against Greece. They succeeded in bringing a quality performance and look forward to a highly interesting clash against Denmark.

Rannveig Haugen: “We did know about the qualities of Cyprus, and as they´re not tall players, we tried to block their kung fu throws. After yesterday´s loss we were focused to win in this game and we´ll tonight have an important clash against Denmark, where we´d also like to win.”