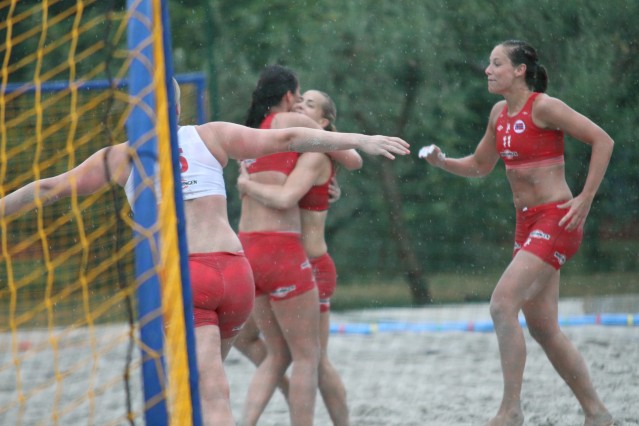 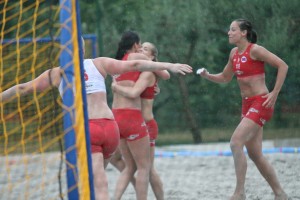 Despite pouring rain since the morning hours in Umag, Croatia, the organizers decided to let the games take place, so Norway faced Turkey and beat them by 2-0.

It was the Norwegian players who were the highly motivated team today after they lost against Greece the day before. The Scandinavians clearly dominated the first set thanks to beautiful assists and goals by Betina Riegelhuth.

In the second period the Turkish National Team pulled itself together and had good chances to win the set, as the Norwegians weren´t able to maintain the high level they played in the beginning.

A time out called by Eskil Andreassen solved the problem and the North Europeans quickly turned the match and celebrated their second victory in three games.

Ingrid Oedegard: “We are not used to such weather conditions, only played a few times in rain in the Norwegian Championship. I was very motivated in this game, as we lost a match yesterday and we really wanted to win.”