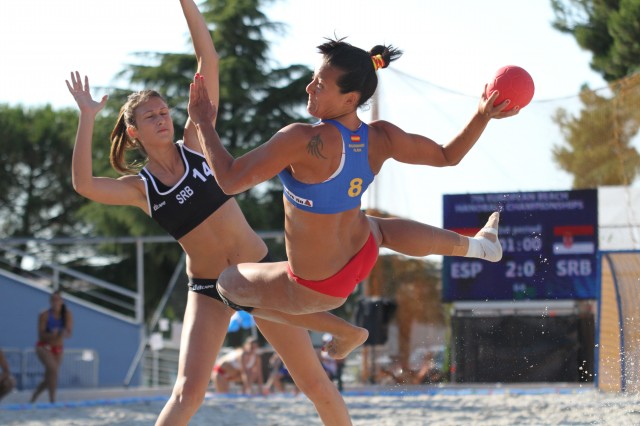 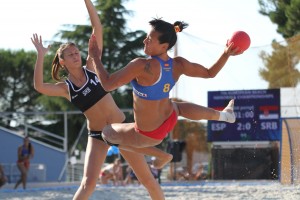 The Spanish Beach Handball National Team had no problems in beating the east Europeans who couldn´t force Spain in the first set. The Spaniards came up with marvelous combinations and punished every error in the Serbian defence scoring beautiful goals.

The second period remained for a while more open, but when Spain started their top gear, it was no question who would become the winner.

With this victory Spain cemented their top position in Group A, whilst Serbia´s chances to go to the next stage decreased to a minimum.

Llanos Martinez Trigueros, player of Spain: “We´ve only practiced four days prior to this championship, so for this our results so far are good. Obviously we aim for the final / semi-final, as we want to go to Brazil for the World Championships. In the game against Serbia we´ve improved from set to set.”