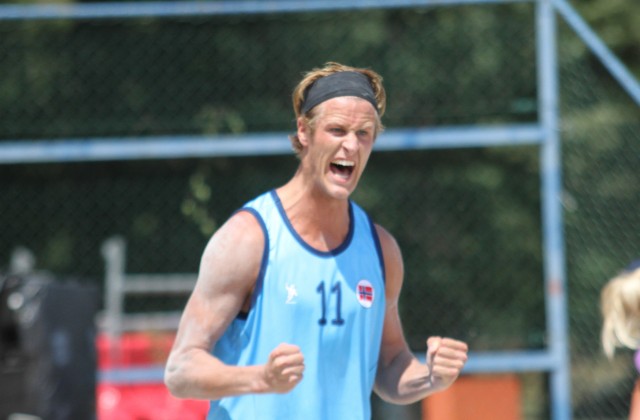 The Scandinavians took the next hurdle in the tournament and clearly defeated a little disappointing Polish team.

After having lost against Russia yesterday evening, Norway showed great motivation and with Edwin Fjeldtwedt coming back on court after him being rested for a match, the Scandinavians had no problems: they were marvelous in attack and stood extremely well in defence topped this by an extraordinary goalkeeping by Arne Veum.

Poland were only dangerous in the first set, but in the second Norway showed top motivation and only allowed 2 points after seven minutes which showcased their great strength today, the defence.

Edwin Fjeldtwedt, player of Norway: “We were looking forward to this game very much, as we wanted to take revenge for the loss in a pre-tournament. We were fantastic in defence and in regard of future games, I think we can beat FYR Macedonia and maybe Spain as well.”