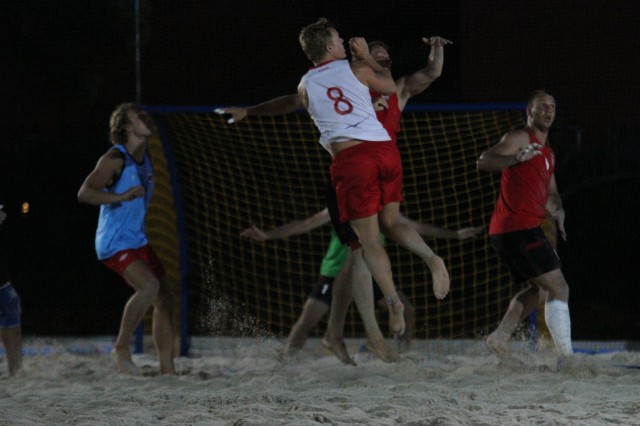 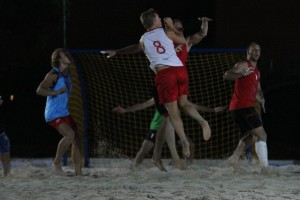 In a close game for the second spot in the group the Hungarians beat Norway in shoot-out.

The stands were filled to maximum capacity, both national teams were cheered for loudly even the men´s national team of Switzerland sang the Hungarian songs, it was the perfect atmosphere for a Beach Handball game.

After Norway´s victory over FYR Macedonia in the afternoon, the question for this match was who will avoid meeting the second ranked team of the other group (Russia) in the Quarterfinals.

Hungary swore to give its best after the team suffered the first defeat in the afternoon against Spain, so the Hungarians played highly motivated in the first set and clearly dominated it.

In the second period, several errors occurred on the Hungarian side, whilst Norway improved its performance and in a close final the Norwegians decided the half for themselves and went for shoot-out.

Both teams missed several chances in the shoot-out and at the end it was Hungary who celebrated victory.

The Hungarians will face Ukraine, whilst Norway meet Russia in the Quarterfinals tomorrow morning at 11am CET.

Edwin Fjeldtwedt, player of Norway: “I can just agree it was a beautiful game and the spectators loved it. Tomorrow we´re facing Russia and with our improved performance in the tournament I think we´ve a good chance against them.

Denmark in the Quarterfinals, Turkey out !
EBHC 2011- beach handball quarterfinals for men are ready