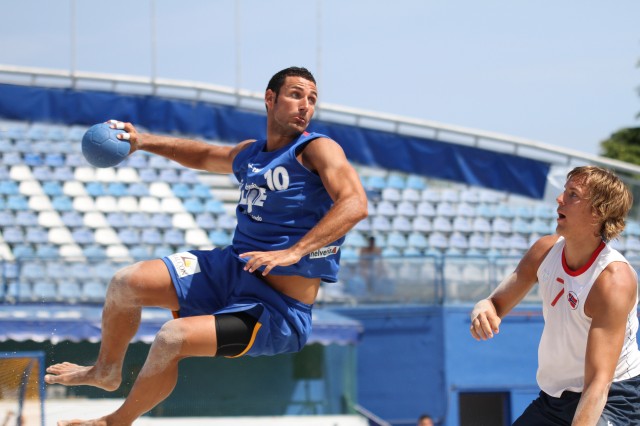 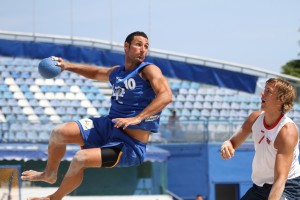 In a clear first and a very tight second set, the Spaniards beat Norway by 2-0 in sets, so Spain remain unbeaten, whilst Norway suffered their first defeat in the Main Round.

The first set was dominated by Spain, whose players came up with several beautiful combinations, especially their left winger Alvaro Perez scored in a spectacular way.

On the Norwegian side not much was working out in the first period, the so far convincing Edwin Fjeldtwedt had a low scoring percentage and him and his team-mates only forced Spain in the second period.

In this set a tight and face-to-face game has developed, the Norwegians started their top gear and it looked like they could win the game or go for golden goal, however the Spaniards took a time out in the dying seconds of the set and scored through a penalty, which meant a 2-0 set victory for them.

Andre Lindboe, player of Norway: “We´re disappointed, we had our chances, but due personal mistakes we lost. We could have won the second set, but we didn´t. In this phase of the tournament we show some tiredness, but we´ll be ready for the evening. In regard of the upcoming game against Hungary, I expect a great clash. We´ve played against them several times before, they´re one of the best teams in the Championship.”