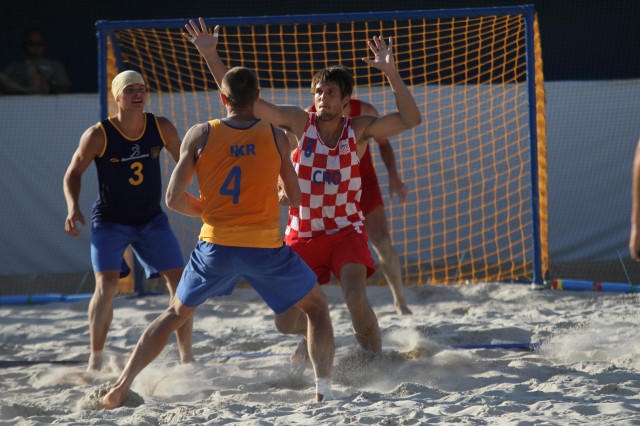 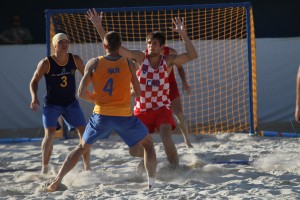 In a shoot-out Croatia made their way to their first ever final in a Beach Handball European Championship.

After Ukraine eliminated Hungary in the Quarterfinals the eastern Europeans were hoping to defeat another top nation, the hosts of Croatia in the semi-final.

For this they´ve started with top motivation, like their goalkeeper Igor Chupryna said the day before: “We take every game as our last and give all-out.”

The Croats, supported by hundreds of spectators, weren´t able to reproduce their game plan from earlier, and so Ukraine kept the first very close and won it. It was the first ever set during the tournament that the home team has lost.

With this in mind, Andro Vladusic and his team-mates improved massively in the second period and left no chance to the eastern Europeans. It was clear after six minutes already that Croatia would equalize in sets and a shoot-out would decide about the finalist.

So it came, and a highly exciting shoot-out developed with Ukraine being in front, but missing their last round chance. In the next turn it was Croatia who scored a double through Ivan Juric, but Ukraine missed, so the big goal of the locals were perfect, both of their teams made it to the final and will play for the gold medal.

Ukraine will face tomorrow Spain in the bronze match.

Ivan Juric, player of Croatia: “I feel physically and mentally empty now, it was a very exhausting match for me. When I went for the deciding throw, I had nothing in mind, really, but after scoring and winning this close duel I feel happy for us and the spectators.”