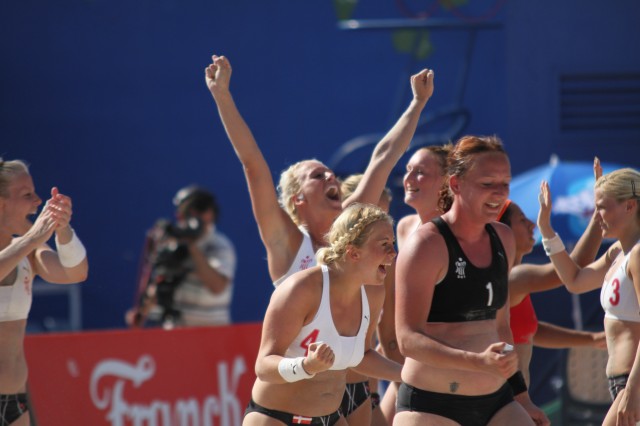 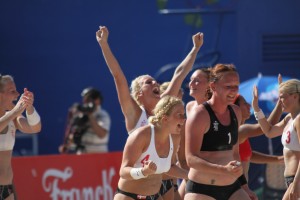 In the first semi-final of the women tournament Denmark defeated Italy by 2-0 and booked the first spot in tomorrow´s final.

The title defender Italy met last year´s finalist of the World Championship in Italy and it was as expected a close fight between the two national teams.

Denmark were the stronger team from the early minutes on and Lise Knudsen and her team-mates established a few points margin that they could keep till the end and won the set.

On the Danish side everything worked well, whilst Italy, despite a strong goalkeeping of Sabrina Porini, had some errors in their attacks, missed some chances or hit unluckily the woodwork.

The second set was a game on eye level, Italy really tried to give their best and could maintain the game as open till the end.

The second period was decided by golden goal, Denmark got the ball – first time in the match – and scored in their first attack, so the Scandinavians will meet either local power team Croatia or the World Champions of Norway in the final.

Lise Knudsen, player of Denmark: “It was a physically tough match in the Croatian summer. As for a possible final opponent, it is always great to have the Scandinavian duel with Norway, but we wouldn´t mind to defeat Croatia on their home court!”

Sabrina Porini, player of Italy: “We´ve tried several new tactics in defence for the two sets. In the second period we were close, a golden goal decided, which is always a question of luck.”