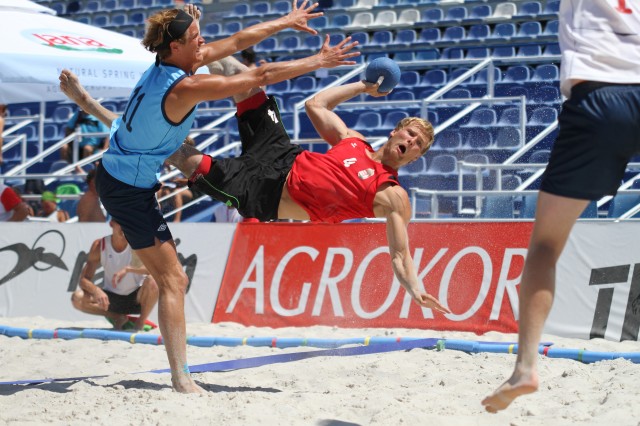 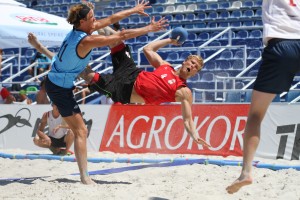 The first set was a face-to-face fight between the two nations, it was the Norwegians who were most of the time in lead, but Hungary were very close the whole period. Both teams had chances to decide the game for themselves, but they have missed their clear-cut chances, so a golden goal had to decide about the winner.

Norway caught the ball, first they have missed, but the ball has remained in their position, and as they have not missed their second chance, the set went to the Scandinavians.

The first phase of the second set started quite equal, both teams were on eye level, but with Bence Putics coming to the court everything has changed to good for the Hungarians.

Putics added so much to the Hungarian attacking game plan in assists and goals that his side clearly dominated the second set, Norway had no chance, it was only their right winger Edwin Fjeldtwedt who scored marvelously, but it was not enough Hungary brought home the second set, so a shoot-out decided about the winner.

It was a nail biting thriller in the shoot-out, as in the first round both teams have missed two throws, so the thriller continued for several minutes at the end with Hungary winning.

Bence Putics: “In the first set we were not enough motivated, but up from the second period we showcased our best and won in shoot-out. We´re very happy about the victory, as it means a qualification for the World Championship in Brazil.”