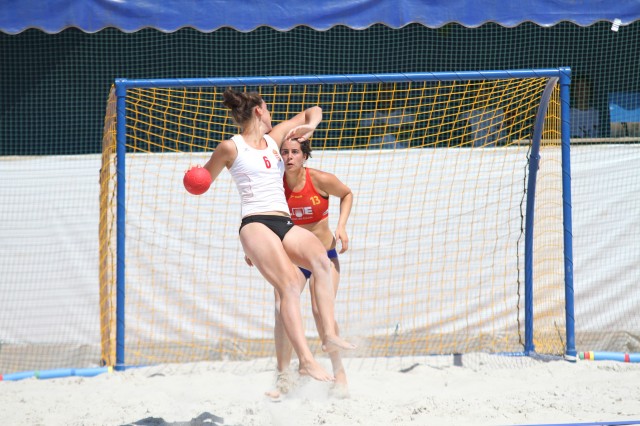 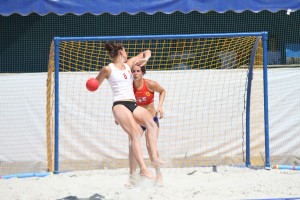 In two different sets and after 1-1 the Hungarians beat Spain in shoot-out and are the last qualified team for next year´s World Championship in Brazil.

The red-white-green colored team of Hungary clearly dominated the first set, gave no chance to the Spanish team. Hungarian goalkeeper Àgnes Györi performed well in the goal and her team-mates cleverly executed their chances and brought home the first set.

The second developed the opposite way, it was Spain who caught a great start and with this energy and high motivation the Spaniards maintained the lead.

The dying seconds of the match were of high excitement as the Hungarian team came very close and had the chance for equalizing and going for golden goal, but Kitti Gróz missed, so the teams decided the winner in shoot-out.

Hungary showed great nerves, whilst Spain missed twice, so the Hungarians celebrate victory and with this the last spot for the World Championship in Brazil in 2012!

Àgnes Hajdu: “I´m happy to finish the tournament with such a victory. We made it to Brazil and this is our best result in the last three years. I would have hoped for a semi-final place, but we´re pleased with the result.”