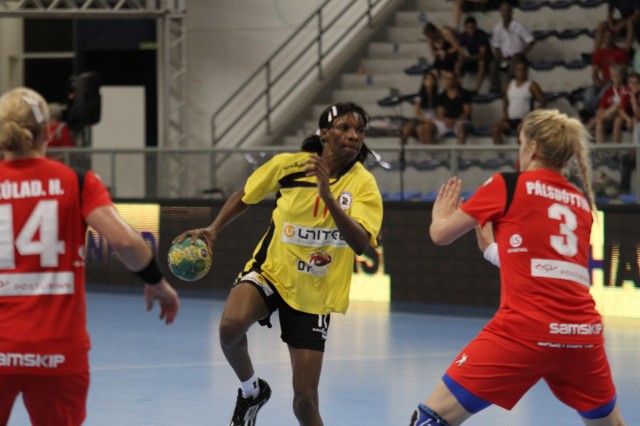 Everything is open in the Santos group after Angola´s victory over Iceland. The Africans lead the group with four points, China is on bottom place with zero points, whilst the other four teams have two points each in the bank.

In their opener Angola had minor problems to overcome China yesterday, today they were the much better team on field and deservedly collected another two points.

The Africans were more energetic and fresh in this match-up, whilst the Scandinavians lacked strength and had several errors in executing their clear-cut chances. Additionally Angola used a clever open defense that disturbed Icelandic attacks.

Still Iceland came close in a catch-up phase, but Angola was able to improve and their tactics paid off and was followed by a noisy celebration after the match.

Tomorrow is a rest day in the coastal city of Santos, games will continue in Round 3 on Tuesday.