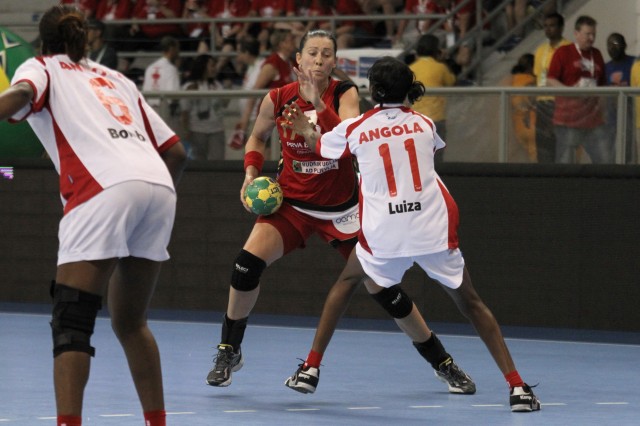 The series of exciting matches in Santos continued in Round 3, Montenegro defeated in a very close duel Angola and broke the winning series of the Africans.

Both half-times were on eye level, Montenegro improved their game plan in second half and have established a few goals lead that they were able to keep till the final whistle.

During the game, Bojana Popovic and company had some problems with the unusual defense and attacking of their opponents, that surprised Dragan Adzic´s team who had to find the right recipe for Angola´s play.

Adzic had to shuffle his side very often during the match and this variability brought two points for the east-Europeans, whilst Angola remain also on four points after three rounds.