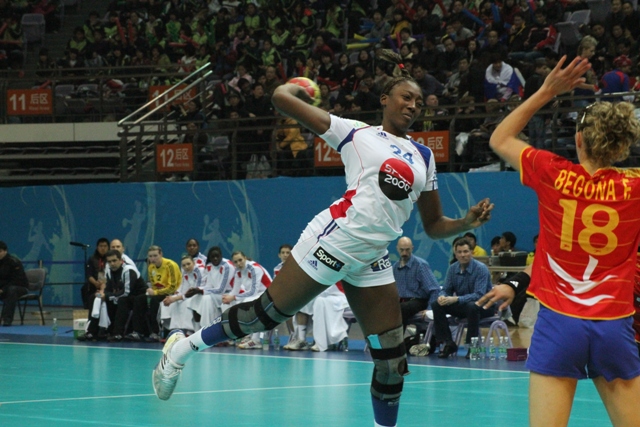 Mariame Signate´s training injury yesterday was a bad sign for the French, as they only had one proper left-back in Claudine Mendy.

Sweden were the dominating force in the first half, the Scandinavians were absolutely stable and with their rock solid defense caused massive problems to France, whose back players had a horrid first 30 minutes with only a few goals from the back court.

Sweden were dominating and had three goals lead, whilst France suffered a slight injury with Raph Tervel. The French defensive specialist has injured her leg, but was able to continue in the second half.

With her in defense and with a massively improved back line France were able to turn the match after Sweden were dominating the period between minutes 31 to 48.

France´s back players Alexandra Lacrabere and Allison Pineau put a strong performance on the field and this made the difference for the successful catch-up phase.

After France leveled the game, minutes were gone before one team could score and it was France! Nina Kamto´s goal gave extra wings to the French back line and not even coach Per Johansson was able to make sufficient changes during his time out calls, so France celebrated great success and reached the Top 8, where they will meet powerhouse Russia.

Spain superior, Montenegro out.
Brazil in the quarterfinals after an easy game