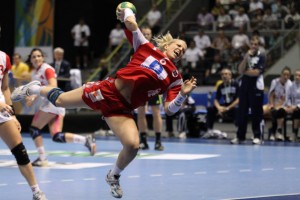 There was no doubt about the second finalist at the World Championship, as Norway outclassed Spain and reached the final.

The Norwegians were very well prepared and didn´t give any chance to the Spaniards who had massive problems against the top attacking of the Scandinavians.

Kikki Lunde and Marit Malm Frafjord were both superior in defense, and the Spanish attackers didn´t find a hole in the Norwegian rock-sold defense.

The Norwegians paved the way of success already in the first half, where everything was pre-decided.

They had their best game in the tournament and will face on Sunday France in the final, a team that had several injuries within the team.

Spain will meet Denmark in the bronze match.

France is the first finalist of the WCH!
Brazil finish on 5th place!