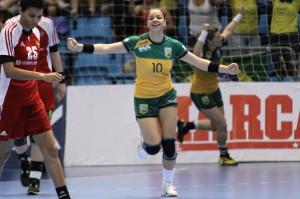 Brazil have outclassed Russia and end up on 5th place in the World Championship.

It was the game between two teams that both disappointedly lost its important quarterfinal match, Russia against France, and Brazil against Spain.

Both of them were hoping for more, Brazil as being the hosts and Russia as the title defender.

Despite the last game in the tournament, the Sbornaja showed a horrid performance, this game was of no importance to coach Evgeny Trefilov either, as his side has already qualified for the Olympic Games tournaments.

Brazil on the order hand gave its best, the team was highly motivated and let no chance to the Russians. The Brazilian wing players impressed greatly and each player has contributed well to the successful result at the World Championship.

Norway superior, Spain plays for the bronze!
The 7th place goes to Croatia