Italy with difficulties ahead of World Championship in Oman 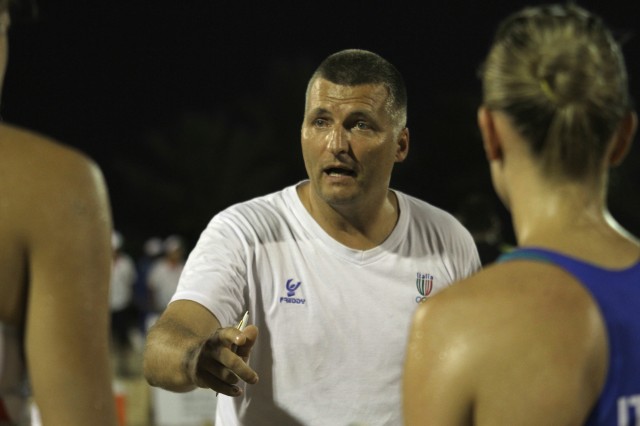 Italy with difficulties ahead of World Championship in Oman

Last year´s bronze medallist of the Women´s World Championship Italy have arrived to Al Mussanah in Oman yesterday (4 July) in the early morning.

Coach Tamás Neukum brought only 9 players (you can nominate 10) and the girls, who celebrated third place last year in Croatia, have met the first time now.

The Italian team had to miss an important preparation tournament in Umag, where Croatia and Hungary participated. It was planned to be a three nations tournament, but Italy unfortunately cancelled in the last minute.

For the World Championship coach Neukum had a hard challenge getting his side together and so he just has little hopes for a good result in the tournament, as other nations participated at several preparation tournaments and gathered before flying to Oman.

Nevertheless the second period showed a much improved performance, Italy performed on a higher level challenging the Croats to a tough fight.

Tonight, further test matches will take place for the Italian ladies, they´ll face Uruguay and Australia and one can be assured that the girls will gel better and better together with every new game played.