Tight clash between Croatia and Norway at the ladies test event 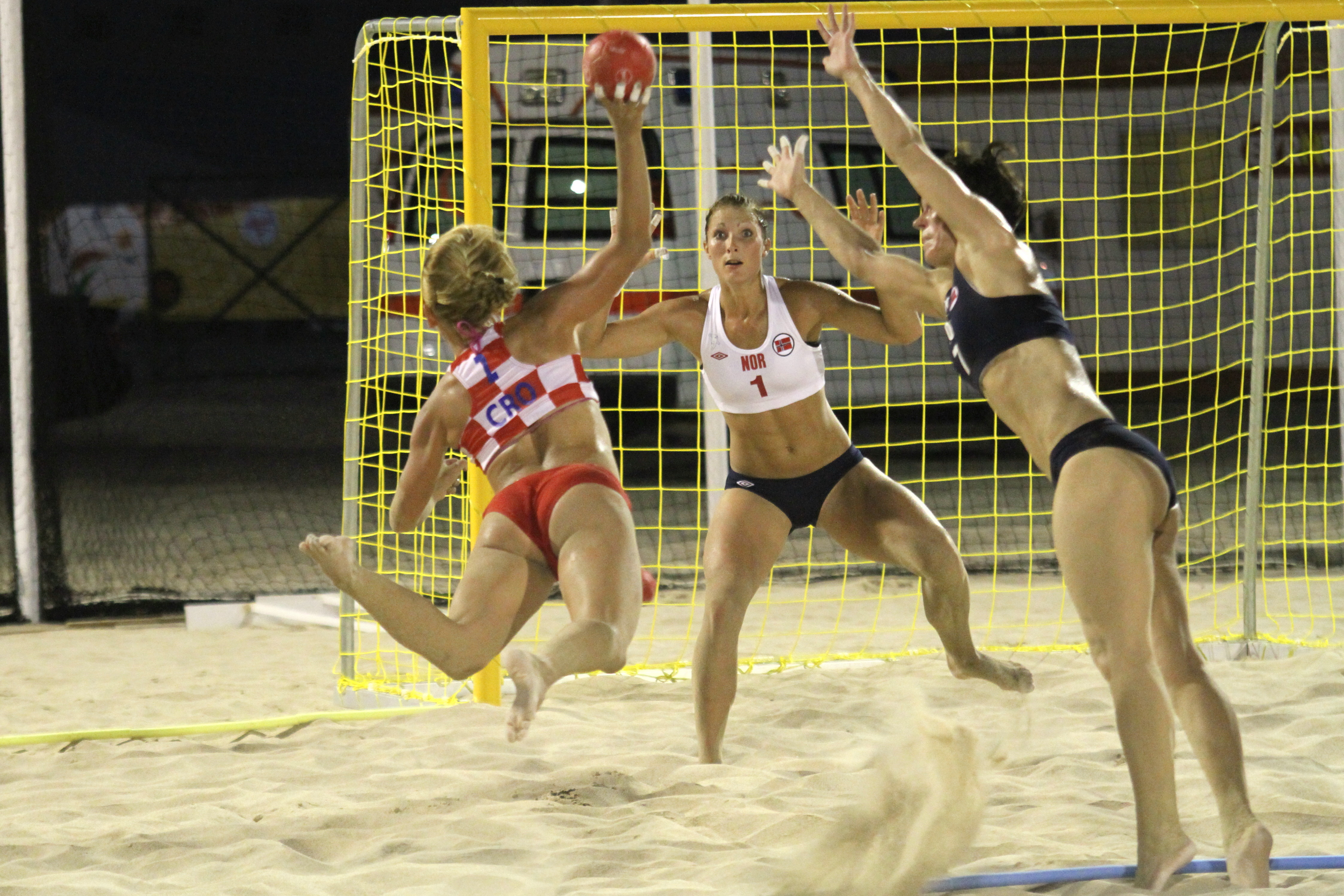 Tight clash between Croatia and Norway at the ladies test event

Followed after their men country mates, Croatia´s ladies had a tough challenge with Norway, the Scandinavians being the title defender and Croatia being European Champions.

The game has been decided in shoot-outs after two equal periods.

In the first half the north-europeans marched on quickly with 6:0, Croatia were unable to hit the net in the first four minutes and had several technical errors in their game plan.

Then and with the sundown the recent EURO champions escaped the straight heat, but it was still hot on the court with the sand burning strongly and the two teams fighting for every ball.

With minute-by-minute the Croats came up with the better attacking and after nine minutes the eastern-europeans led the first time in the game with 14:12 that they maintained by the final buzzer.

In the second period it were again the Norwegians dictating the main pace of the match, but after nine minutes it seemed again that Croatia would turn the match, however despite a 12:12 level score and a two points lead before the final whistle, Norway scored through their goalkeeper equaling the result again.

In the third period, the Norwegians gathered the ball, scored a one-pointer and decided the second half for themselves.

With the shoot-out Croatia showed luckier hand, twice scoring directly through their goalkeeper, so the east-europeans celebrated a tight victory.

Load More... Follow on Instagram
Norway defeats ladies from Down Under
Italy with difficulties ahead of World Championship in Oman