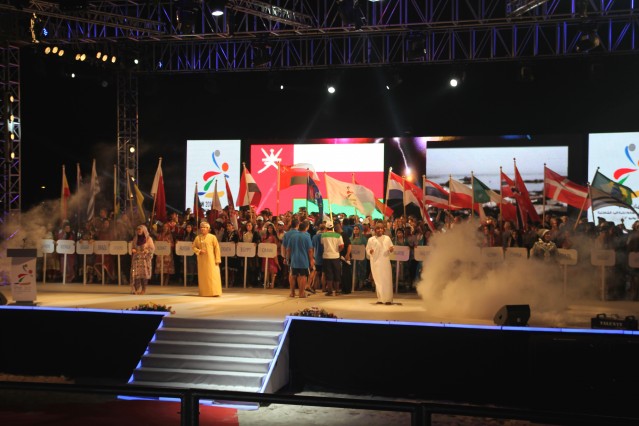 With Oman set to host the fifth Beach Handball World Championship today, the game will continue to flourish in the country, according to International Handball Federation (IHF) president Hassan Moustafa.

“During the time when we were looking out for countries who could host it, Oman came forward with open arms,” Moustafa said. “I have gone through the venue and I am extremely delighted. The tournament will feature top international teams and players and I hope it will bring joy to the people of Oman,” he said.

“The organisers have done a great job in setting up for the event. I am sure it will turn out to be a success,” he said.

Moustafa, along with Rashad Al Hinai, undersecretary of Ministry of Sports Affairs who is also the chairman of Beach Handball World Championship, inspected the sites yesterday.

“We are ready for it and we welcome everyone to be part of it,” said Rashad ahead of the event. Oman will take on Brazil at 6:50pm in their opening match while they will also play Russia at 11pm today.

“They are very well prepared for the tournament. They are all in high spirits. All we request the fans to come in large numbers to show their support.

“It will boost their morale and I am sure they will play really well,” said Said Al Busaidy, chairman of Oman Handball Association (OHA).

“Our team had the best of practice matches before the tournament so I am sure they will make us all proud,” he added.

Earlier yesterday, a grand opening ceremony was held to mark the official opening of the fifth Beach Handball World Championship.

Tight shoot-out victory for Denmark
WBHC 2012: We’ve had a look at all the teams and what to expect