Brazilian creativeness and victory against Bahrain 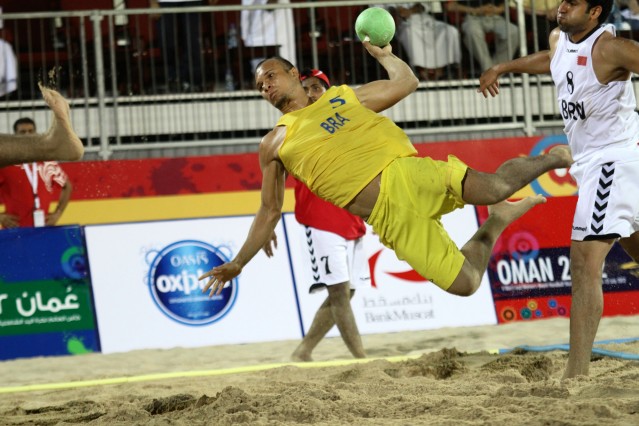 Brazilian creativeness and victory against Bahrain

Brazil, the title defender in the men´s competition arrived to Oman with several instruments to enrich their stay in the Millenium Resort in Al Mussanah. The Brazilian players showed that they can do well on music, but presented later that they´re capable of playing high quality beach handball as well.

Bahrain, who already lost a game against Ukraine earlier the day, gave an outstanding effort, but the Selecao impressed  with spectacular combinations and marvelous attacks winning the first period with ease.

In the second period Bahrain was more effective and Brazil were unable to move on with more than three – five points, but at the end the South Americans had no problems celebrating another success after they beat hosts Oman by 2:0 (18:10) (17:13).