Denmark rich in points against Australia 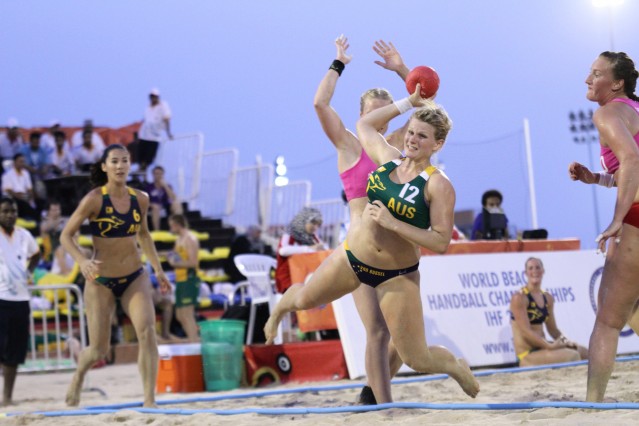 Denmark rich in points against Australia

No one was expecting Australia to surprise the Scandinavians, number four of last year´s EBHC 2012, so the Danish side marched on with a 8:0 run building their lead to 10 goals by 14:4.

On the Aussie´s side, who were cheered loudly by their men colleagues, Vanja Smiljanic played a sold period being responsible for most of the goals from Down Under.

In the second period the Danes showed their strength with the 15:0 lead hoping for an Aussie collapse, but Australia pulled their act together and won the remaining minutes by 6:8, but loosing clearly at the final buzzer.