Norwegian ladies started with a solid game against Thailand 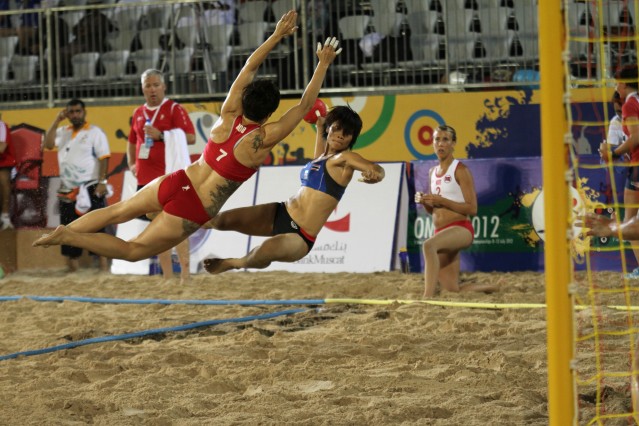 Norwegian ladies started with a solid game against Thailand

After winning the test tournament prior to the WBHC 2012, Norway continued their march and set victory over Thailand who fought hard, but had to surrender against their stronger Scandinavian opponents.

The Norwegian side was superior in the first period building a massive lead by 4:0 and 10:2. Then, Thailand edged closer, but wasn`t any real danger to Norway.

In the second period it seemed that Norway would continue their domination of the first set, but Thailand cheered by many on the Main Court´s stands turned the result to a surprising but well deserved 7:6 lead.

In that phase, Thailand succeeded in every attack, presented lots of dynamism, whilst Norway showed nerves and did several errors resulting in a time out at 11:11 by head coach Eskil Berg Andreassen.

Up from that moment Norway brought the performance of the first period and with a 7:1 march the Scandinavians brought home the two points.

Load More... Follow on Instagram
Hungary debuted with victory in the tournament
Brazilian creativeness and victory against Bahrain