Singapore getting lesson from Hungary 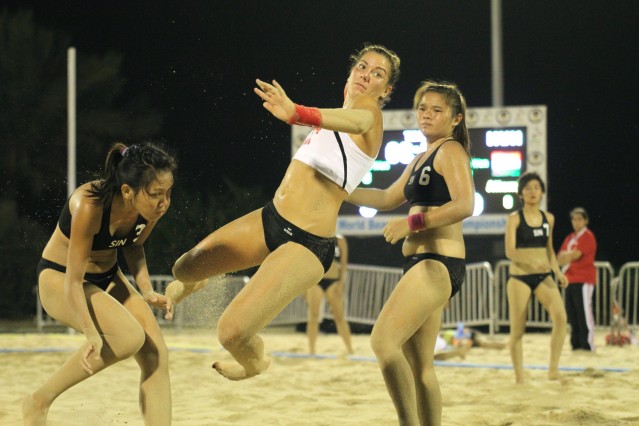 Singapore getting lesson from Hungary

Singapore, a new team at the World Championship is in the phase of learning from the big teams in beach handball, so after being clearly defeated by Brazil, they´ve also suffered a massive defeat by Hungary in their second match of the evening.

For the Hungarians it was a clearer opportunity as the match against Poland which they have won in the shoot-out.

The game against Singapore was a good training to try out several attacking and defending formations ahead of Hungary´s hot duels against Brazil and Norway.