Asian champions China with its first points at the WBHC 2012! 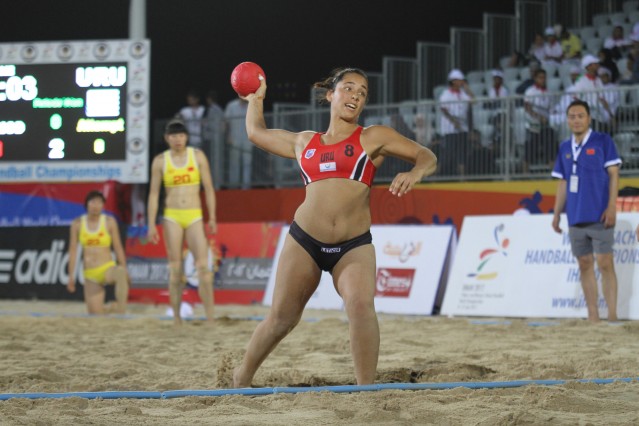 Asian champions China with its first points at the WBHC 2012!

Uruguay were playing solidly during the WBHC 2012 and prior to this at the test tournament, so their defeat against China has been a surprise result. And this although China did well against Denmark the day before.

Being favorites the South Americans marched on by 8:2, but the Asian Games winner China were not left shocked, but thanks to points by a strong performing Tianjie Zhang, her side first leveled the result and then built a lead that China maintained at the final buzzer.

This caused a total black out at the South Americans and China moved on with 6:0. At a 9:2 Chinese lead Uruguay head coach Alejandro Trejo called a time out, but his words didn´t help much, as Uruguay could only close up, but not turn the result.

China celebrated big time on the court winning their first points in the tournament.