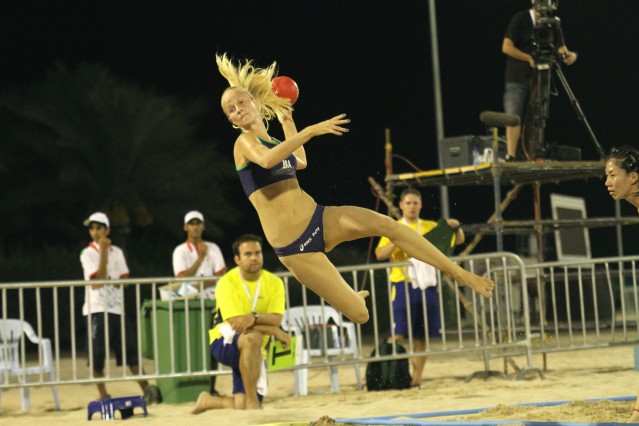 In the duel of two undefeated teams Brazil had a tough challenge in the Hungarians, but after a close clash in the first period, had no problems to win the second and retain their strong position in the group.

Hungary had to play without two of their players who were missing due to their delighted flight from Georgia where they have participated at the Junior European Championship.

Despite missing them it was a close and equal fight from the beginning, with no teams being able to build a larger lead.

The last minutes belonged to the Hungarians, but in extra time Brazil scored a point and win the tight first encounter.

In the second Hungary´s Kitti Gróz, who has been brought to the court straight from the airport performed as well, but Brazil continued with top gear and marched on by 8:0.

This large lead resulted in a Hungarian time out, but Hungary were unable to come closer than five goals.

The Europeans hit several times the wood unluckily and gave up in the last minute.

It was Hungary´s first defeat in the tournament, whilst the South Americans remained with maximum points in the competition.