Shoot-out victory of the Danes against Italy 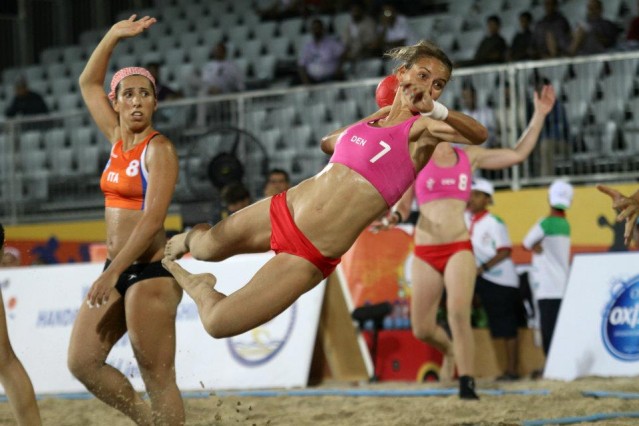 Shoot-out victory of the Danes against Italy

Denmark were with maximum points ahead of their duel against Italy, whilst the blue-white side was under pressure after their defeat against Uruguay.

It was a close first period with the lead changing hands several times. The Italians were ahead by 4:3 and 6:5, but then Denmark pulled themselves together and turned the result to a 9:7 lead.

In ball possession coach Morten Holmen called a time out, Denmark scored, so the first period was decided in favor of the Scandinavians.

Italy had to come up with something fresh and surprising and with new energy after the break coach Tamás Neukum`s team marched on by 3:0, but Denmark fought back hard and turned the result to 4:3.

In the shoot-out Denmark focused better and Italy against lost a decisive shoot-out just like against Uruguay the day before.