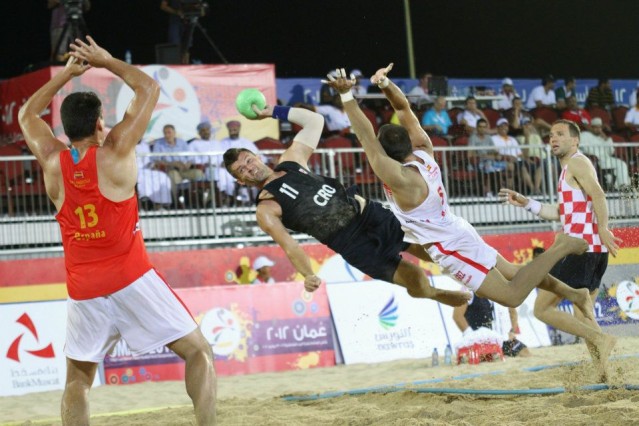 Spain have lost earlier the day against Egypt, so the Iberians were hoping to iron out their failure and win over European Champions Croatia, a hard task, but Qatar already proved that it´s not impossible!

The game was open and on eye level for three minutes, but then the Croats started their top gear and thanks to marvelous spins by Zvonimir Dikic (16 points in the match) the east-europeans built a massive lead to first period victory.

Hrvoje Horvat directed his side in a superb manner and Spain had no answer in the first half.

In the second half, Croatia slept over the first attacks, and so Spain with a fantastic Alvaro Perez Catala in its ranks built a 6:0 lead that left coach Davor Rokavec´s team speechless and without answers.

Croatia fought back hard and edged closer, but Spain forced to bring home the second period, so a shoot-out decided in favor of Croatia.

With their defeat Spain remained without points on Day 2, whilst Croatia have still chances to reach number one position in the group phase.

Asian champions China with its first points at the WBHC 2012!
Norway with maximum points after two days!