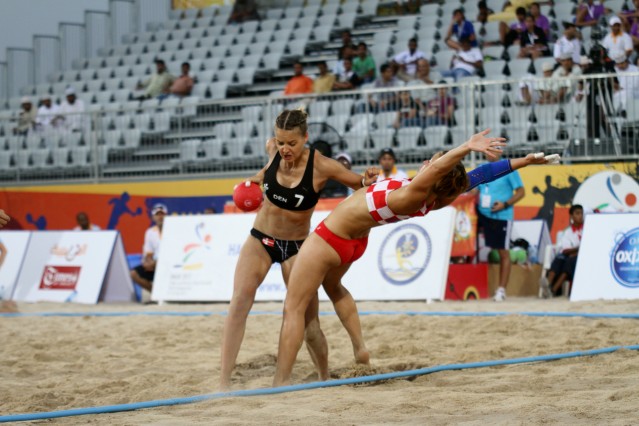 Denmark surprisingly lost yesterday against Uruguay, so they had to beat European Champions Croatia, if coach Morten Holmen´s team wanted to take two points to the Main Round.

With this in mind, Denmark started strong and went ahead 6:0 leaving the east-europeans shocked.

Despite this early lead, Croatia started a catch-up phase and came as close as two points, but the Scandinavians with their top playmaker Lise Knudsen, who gave top assists and scored herself, increased their lead and brought home the set.

In the second period it was a head-to-head duel between the two teams, Croatia aimed for the shoot-out and gave a fully concentrated performance.

Renata Knjecevic was superior in the defense and with her strong play Craotia equaled the match.

The shoot-out was a nail-biting thriller, the first round didn´t bring any winner, but then Croatia missed, Denmark netted, so both teams will take two points to the Main Round.