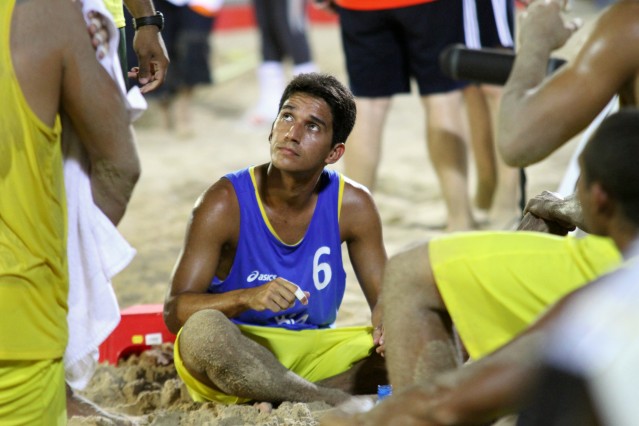 Ahead of the hot duel in the evening, in the Media Centre coaches and players gave statements to the press. Brazil Coach: “So far we have won all games in the tournament and we look forward to a great match against Russia. Conditions in Oman are good and we expect a tough battle with the Sbornaja.”

Brazil Player, Bruno Oliveira: “I come from a region in Brazil, where the steam hot is similar to Oman, so the conditions are about the same and we don´t have any problems with the climate here.”

Russia Coach, Leonid Milidi: “We are happy to be in Oman for a tournament in such a special country. We have lost so far one game in the competition and against Brazil we´ll try to do our best to secure another victory.”