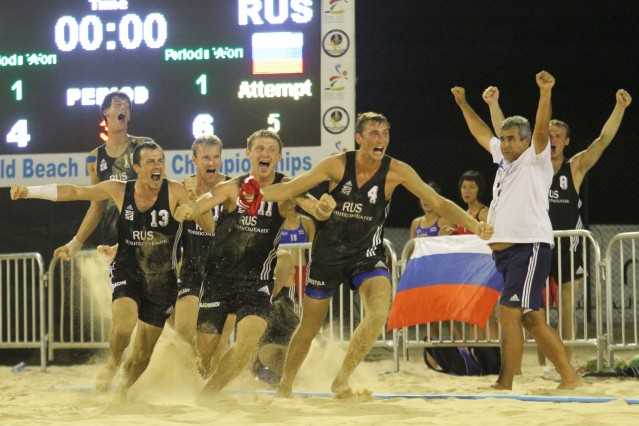 Before the last round Brazil had maximum points, whilst Russia had one defeat in their account.

At yesterday´s press conference both teams were aiming for victory, but had the biggest respect for their opponents.

Brazil showed a marvelous first period, their playmaker Bruno Oliveira showed a  magnificent performance giving assists to the team´s line-player and scoring himself.

In the second period Russia man-marked Brazil´s playmaker Oliveira and this was the key element for their strong play to equal the result.

Antonio Guerra-Peixe`s team keep on fighting, but the Russian bear was stronger and won the set.

In the shoot-out Brazil missed several times, the Sbornaja showed nerves and so the east-europeans finished first in their group, followed by the South Americans.

Denmark beats the EBHC champions 2011!
Hungary winning, but without points to start the Main Round