Hungary winning, but without points to start the Main Round 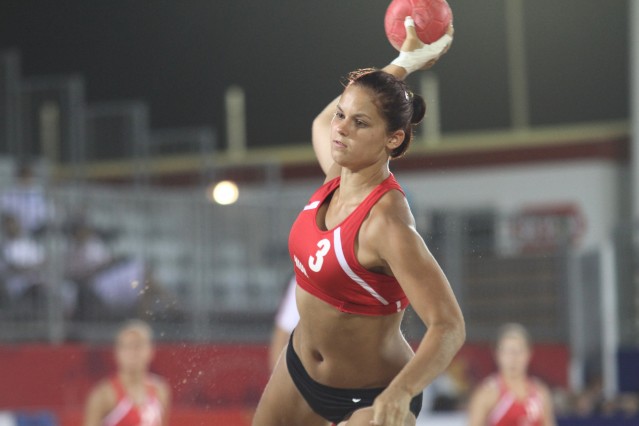 Hungary winning, but without points to start the Main Round

It was a vital game for both teams, as with a victory they could have qualified for the Main Round. Hungary, after yesterday´s two losses, pulled together a top notch performance in the first period and outclassed their Asian opponents.

Bozsana Fekete has been the key player for the massive Hungarian lead in the set, with her Hungary led after seven minutes by 17:8 and Thailand coach had to call a time out to implement new plans for his side.

The Hungarians however remained focused and won the first set clearly.

It was expected that in the second Hungary would dominate again, but Thailand found the pace of the game and kept the set open for a long time leading in the first six minutes.

Then, Hungary turned the result and in these decisive minutes it was Kitti Gróz who impressed with her goals, Thailand had to call another time out after seven minutes.

The one minute break didn´t help though, as the Hungarians maintained their lead and won this set as well reaching the Main Round and topping their 2011 WBHC result, where they ended up on seventh place.