Selecao`s victory in a fierce duel against Croatia ! 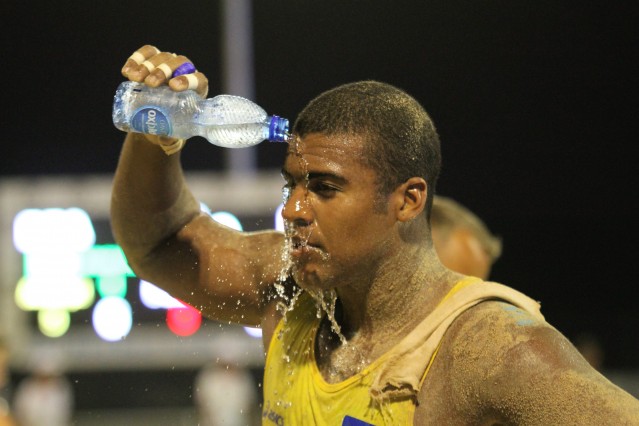 Selecao`s victory in a fierce duel against Croatia !

Title defender Brazil have lost yesterday against Russia and today Antonio Guerra-Peixe`s team wanted to iron out their failure and aimed for victory against Croatia.

The recent European Champions played so far a solid tournament, but it was impossible to predict any favorites in this fierce clash.

Croatia`s Mladen Paradzik quickly received a red card after his second penalty, this left the Europeans shocked but coach Davor Rokavec re-organized his defense and the Croats were on equal level with the Brazilians.

Spectators on the Main Court saw top-notch beach handball with lots of in-flight and spin shoots and marvelous saves by the goalkeepers.

Both playmakers, Bruno Oliveira and Croatia`s Horvat Hrvoje were on fire and gave beautiful assists to their team-mates.

On the Brazilian side Nailson Amaral and Thiago Claudio netted fantastic goals and with their the South Americans won the second period going into the shoot-out.

There Brazil showed better nerves and despite Croatia changing their goalkeeper for defensive specialist Matija Cernetic the Selecao scored and won this hot clash.

Norway wins “lottery” against Croatia
Russia heading to the top at WBHC 2012!