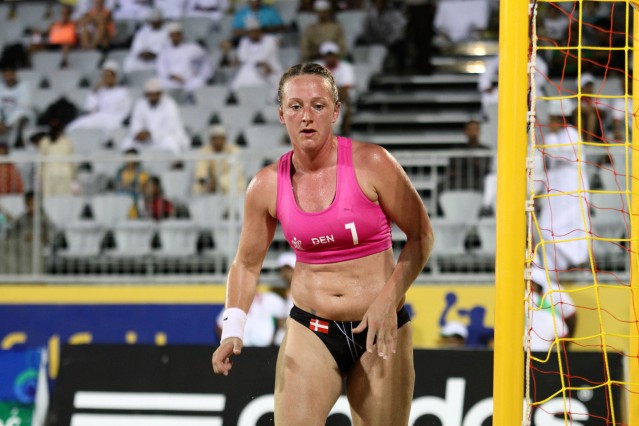 Old rivals have met in the last match of the day in Al Mussanah. They knew that one of them with a victory would be through to the semi-final and so the game was very exciting from the early minutes onwards.

With both teams playing with pressure, several errors crept in into their attacking and defensive game, but still this clash had all elements for a superb duel.

In the first period the lead has changed several times and at the end it were the Norwegians who celebrated after they were two points ahead of the final buzzer.

In the second period spectators saw Norway massively struggling and being unable to score, especially Kamilla Èrsek had a horrid scoring percentage.

On the Danish side Line Gyld Kristensen took scoring responsibility and with her vital points Denmark brought home set victory and the possibility to decide the winner in shoot-out.

Norway´s goalkeeper was unable to repeat her amazing shoot-out performance of the game against Croatia, so Denmark won the Scandinavian battle and earned a semi-final berth.

The Norwegians will have wait for today`s match against Uruguay where it´ll be decided whether they´ll reach the semis or not.