Hungary maintain their chances for a semi-final berth 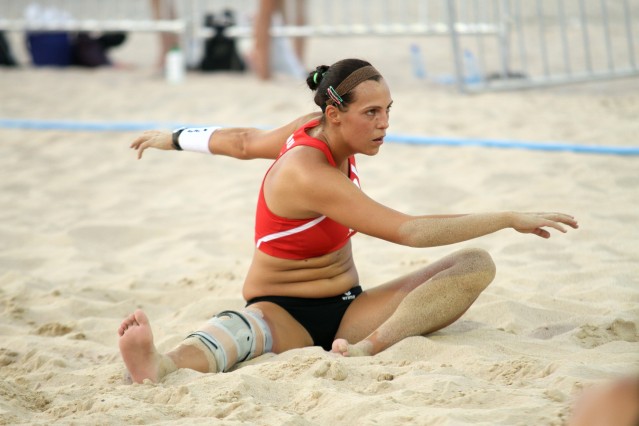 Hungary maintain their chances for a semi-final berth

The game against Uruguay has been Hungary´s last chance to maintain their semi-final chances after they clearly lost against Denmark earlier the day, so coach József Farkas’  team started with a powerful and energetic performance led by the two wing players Bozsana Fekete and Kitti Gróz, both netting several times.

Hungary were the dominating team, but both teams enlisted several errors in their attacking and Uruguay seemed to lack confidence and energy after their energy soaking duel with Brazil.

Only Leticia Schinca was superior, she tricked the Hungarian defense and scored often, but the red-white-team remained calm and cold-blooded and with goalkeeper Àgnes Györi shut the gate for the South American attacks.

With their clear victory the Hungarians still have chances to earn a semi-final berth, so do Uruguay, so an exciting final Main Round day will take place tomorrow in Al Mussanah, Oman.