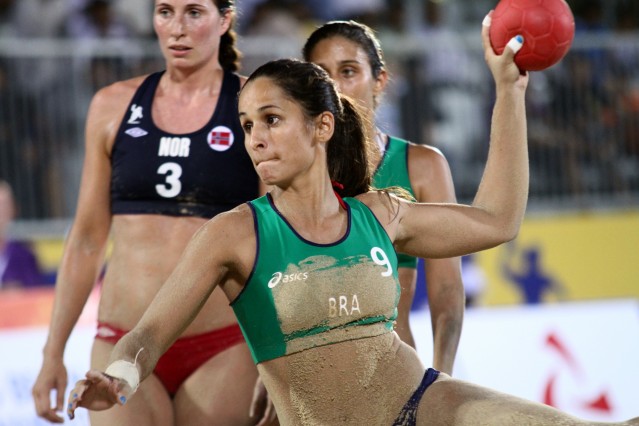 In the second semi-final of the ladies tournament title defender Norway lost the hot clash against Brazil and so the Norwegians won´t be able to defend their title, they´ll face Hungary in the bronze medal match.

Just like in the Group Phase duel, the South Americans were superior and Norway had no answer to Brazil`s inflight and spin shoots.

Right winger Patricia Scheppa again showed a marvelous performance and were responsible for vital points for her side.

At the Norwegians Cathrine Korvald played an impressive game, but with only her as top shooter coach Eskil Berg Andressen had only few alternatives, and so Norway couldn´t endanger the Brazilian march to the final.

They´ll face there Denmark and will try to take revenge for their close Group Phase loss they have suffered yesterday.