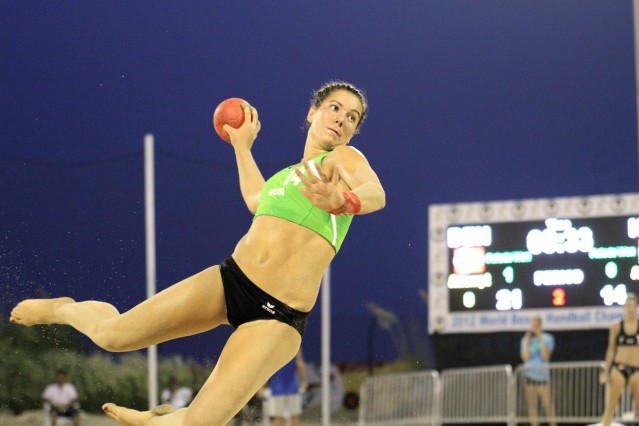 This was a decisive clash to decide which team would make it to the semi-final of the WBHC 2012 in Oman.

Norway beat Uruguay, so the winner of the Croatia – Hungary duel was about to reach a Top 4 berth.

The Hungarians impressed in the early phase and marched on by 8:3, but then the Croatians found the pace of the game and with a 10:2 serie turned the result. In that phase Croatia`s joker Filipa Ackar scored important points and together with Lucija Kelava were key figures for their first period victory.

In the second period Hungary were again ahead and by their 6:2 lead Croatia`s Mateja Brezic took a time out to implement new plans.

However Hungary`s strong goalkeeper Àgnes Györi impressed between the sticks and so did her comrades on the court.

In the shoot-out Croatia showed nerves and Hungary netted without problems going through to the semi-finals.