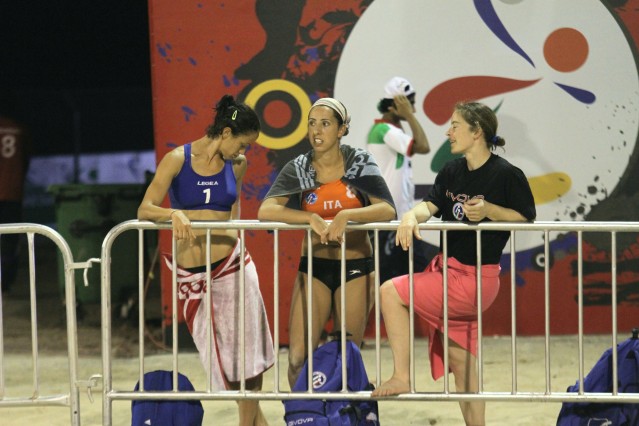 Australia surprised the beach handball world by playing a superior Consolation Group finishing ahead of China and Poland among others.

Against Italy, they weren`t able to win, but with the eight place every Aussie player might be very happy about.

As for Italians, they finished last year on third position at the EBHC 2011 and here they must be pleased with a seventh place.

Without any trainings and preparation matches this result has been expected by them, they were formed to a unit and team during the WHBC 2012-