Grit Jurack resigns from handball due to injury 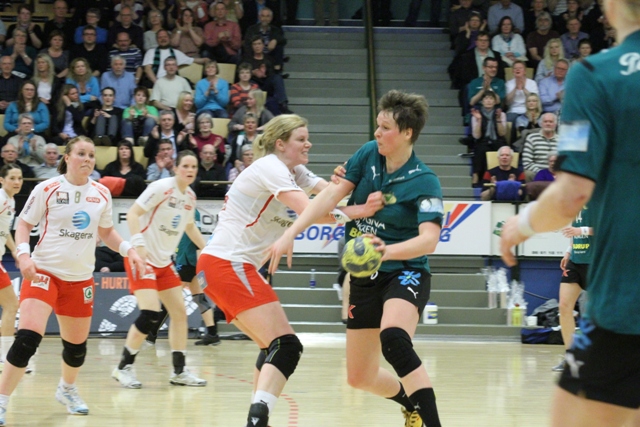 Grit Jurack resigns from handball due to injury

Since this spring Grit Jurack had a injury in her shoulder, and during summer break it wasn’t getting better. After a consulting at the hospital they found a whole in the cartilage that didn’t suit playing handball anymore.

– As it looked in the shoulder, the medical team adviced me to stop playing handball, or else I would have more serious pains and injury. Of course I don’t want that, so then I had to take the decision to stop playing handball.
It came to me as an unwarned fist in the face, I feel. I’ve always said that I’m glad that I have the chance to stop whenever I want. It didn’t happen. I’m very sad by this decision, because we have a good team that I think can win titles this season, unfortunetaly that will be without me now, says a sad but still pleased Grit Jurack after her 20 years long career as a top handballplayer.

After 20 year of handball, Grit Jurack have been a high profile both in Danish and international handball. During the eight years Jurack has played in Viborg she been a part of three Champion League titles and four Danish championships.
With 185 matches and 1027 goals for Viborg, she’s been an essecial part of this success.

With her national team, Germany, she has playes 305 matches and scored 1579 goals.