The interim Russian national head coach, Vitaly Krokhin, who will lead the Russians  only in this tournament, has  announced his wide squad : 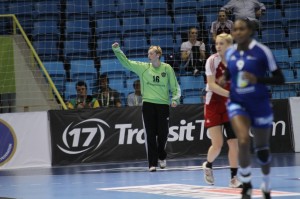 The new national head coach for Russia will be  named in the beginning of October, after Evgeny Trefilov lead the Russians in more than ten years. The former coach’s contract had not been extended by the Rusaian Handball Federation, after his team had been  failing in the Olympic Games in London.