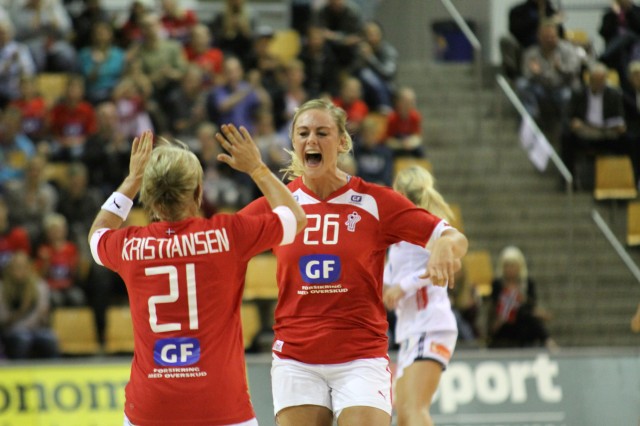 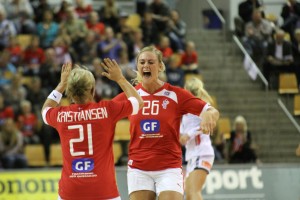 Kristine Lunde Borgersen (ankle) and Kamilla Sundmoen (knee) were both injured in yesterday’s match against Russia, so Norway’s squad is significantlly slim before this match. But Norway will try to win against the neighbours on home court.

Silje Solberg starts in the goal, Linn Gossé on right wing, Oftedal playmaker and Breivang, Löke, Riegelhuth-Koren and Molid also in start-team. Norway managed to lead with 7-4, but Denmark fighted and equalised at 8-8. Denmark’s debutant today was Hjort, from 2.division of Denmark. The Danish team played a fast and succesfull handball,with different youngsters on the court, visibly hungry to win.

Second half of the game started the same for the Norwegians as the first half ended. Denmark scored more times and score was 19-13 for Danes. But the Norwegian team, made an amazing comeback and in 42nd minute the situation was tie, 19-19. Riegelhuth-Koren has scored her 800th goal for Norway and her team took the lead, 19-21. Silje Solberg shows a brilliant play in the goal, the Danes had a lot of technical fouls. Some minutes later was 21-21, and after that Denmark created a 3 goals gap, 26-23. Norwegians could not manage to get a tie, so final result were 26-24.