Torbjorn Klingvall is taking over after Per Johansson 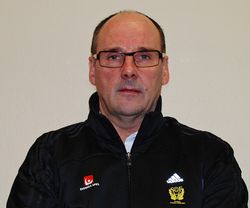 Torbjorn Klingvall is taking over after Per Johansson

The 58 years old Torbjorn Klingvall  was named head coach of  Sweden until 2014. He is taking over the Swedish national team from Per Johansson.

He has worked as a coach at different youth national teams in Sweden (since 2006) and had worked as coach in Norway and Sweden. He has also a past in EHF and IHF in different functions.

His assistant at national team had been also named : Thomas Sivertsson .