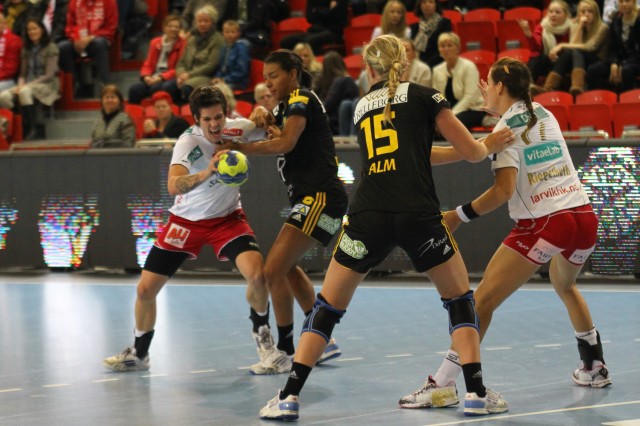 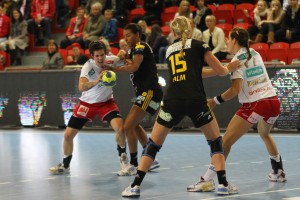 Larvik HK is playing the first match of the season 2012/2013 in Champion League against Swedish Savehof HK.

The Norwegian champions have to play today without Kari Mette Johansen,  Tonje Larsen, Nora Mørk and Kristine Breistøl, all of them injured.

In today’s match the hosts could score the 5000th goal on a match in the European Cupes. Since 1994 Larvik HK has managed to score 4982 goals in European competitions, so today if the team will score 18 or more goals will pass 5000.

In the first round of CL-groupes on  Saturday will be played the next matches: