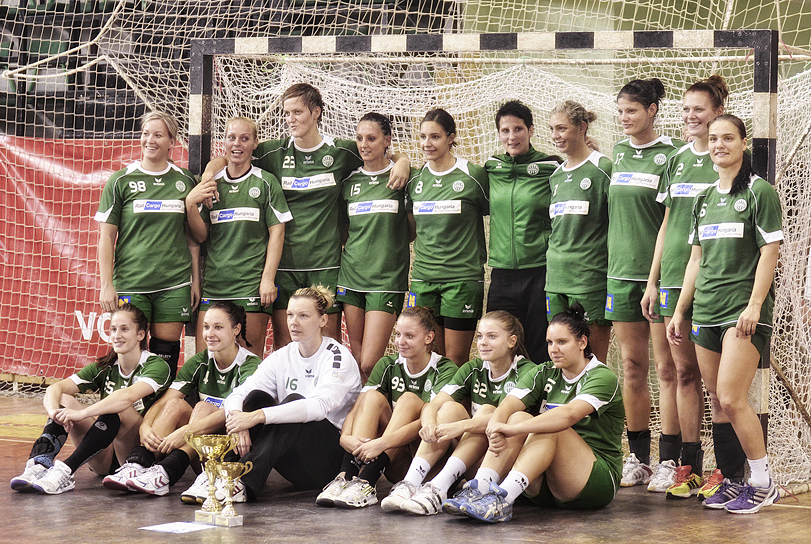 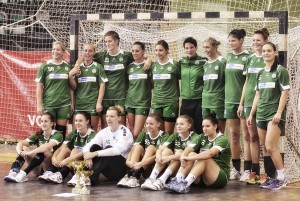 Last years CWC winner FTC Rail-Cargo Hungaria and Russian Champions, Dinamo Volgograd meets in Russia on Sunday afternoon. Hungarians are back in CL-competition after 5 years with a compact team playing together for some years.

The two teams have met last year in the CWC-semifinals, with Hungarian succes.

First half of the game was clearly dominated of the Hungarian team. FTC has scored from every possible position and situation, after seven minutes of play the score was 0-8. Hosts managed to score a few goals too, and after 15.min result was 3-15, then 5-18, 7-20, 8-22. Topscorers from guests were Zsuzsanna Tomori (6), Nerea Pena, Orsolya Vérten, Zita Szucsánszki, Mónika Kovacsicz scoring 3 goals one by one. Half time: 9-23.

In the second part of the match the young Russian team scored more times and FTC-coach, Gábor Elek sent all of his players on the court, resting the key-players, like Tomori, Szucsánszki, Szamoránsky, Vérten. Final resultof the match: 21-37.