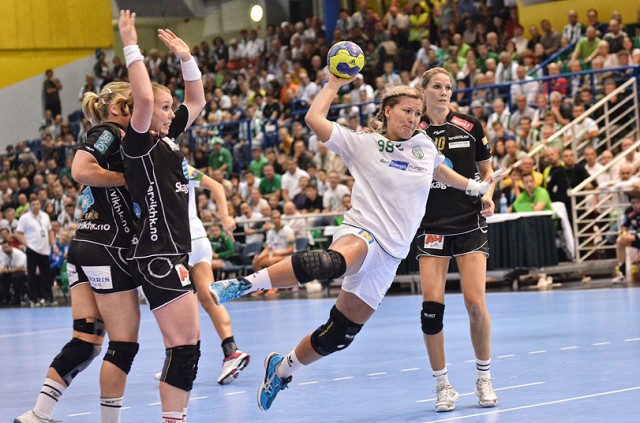 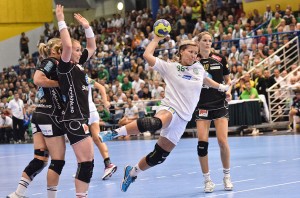 Hungarian FTC Rail-Cargo Hungaria and Larvik HK from Norway were meeting in Dabas on Sunday afternoon.

Norwegians had two injured players, Kari Mette Johansen and Tonje Larsen, at Ferencvaros every player was ready for the game.

First half of the game has brought a clearly Hungarian dominance, hosts lead by 4-1, 6-4, 12-7. Ferencvaros has practiced a strong defence and the Norwegians couldn’t find the way to the goal. Hungarian goalkeeper, Pastrovics showed a good performance and their team-mates could run fast counter attacks. Zacsik, Vérten and Kovacsicz scored the most of the goals for the whit- greens in the first half. The opponent, Larvik was quiet unorganized in defence, coach Ole Gustav Gjekstad time-out’s couldn’t help and Ferencváros won the first half by 16-12. 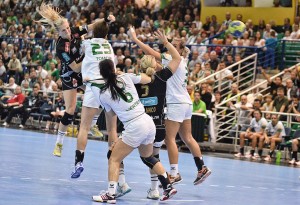 In the second part the Norwegians had a strong come back and reduced the gap only to two goals, 18-20, in the 43.minute of the match, but the ambitious Hungarians fighted harder and with help of goalkeeper Pastrovics they had increased the difference to 26-20, 5 minutes before the final whistle. Coach Elek got two minutes suspension because of protests, but his team got the victory in a hall full of fanatical white-green fans.

The other match of the group was played in Göteborg where Russians from Dinamo has tried to make the last weeks defeat forgotten by beating IK Savehof .