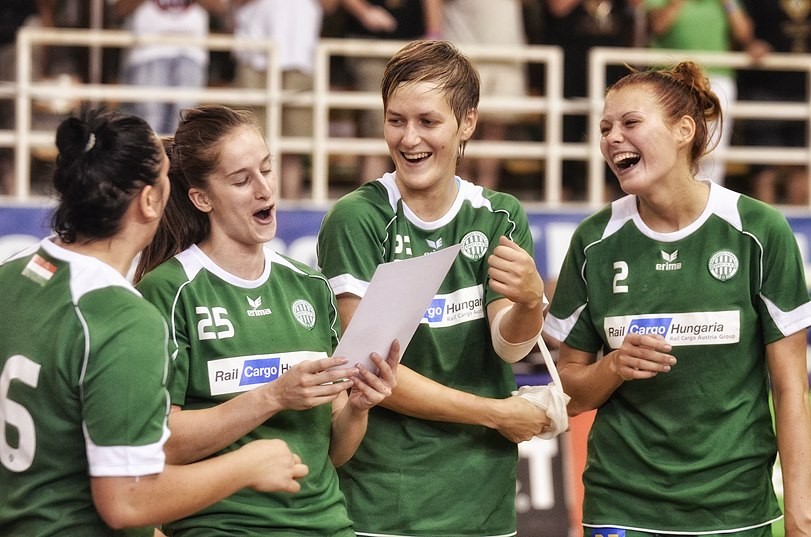 After the match between FTC and Larvik, timeoutmag.com talked with several players and coaches, who analysed and made a summary of the game.

The Spanish national team player, Nerea Pena is a newcomer in the Hungarian club, but she has a huge CL-experience from her past in Itxako.

“I am very satisfied with our performance today, I mean that we made a perfect game and our supporters also are very happy right now, because we managed to beat the feared Larvik today in this fantastic athmosphere. Winning this match was a key to our qualification to the Main Round , and not only the two collected points , but the difference of goals it would play an important role in deciding the winner of this group. This match had also another meaning for me, it was a mental fight with myself regarding to the situation when I’ve got injured in february this year in a match agaisnt Larvik. But I managed go get over this today and I hope it will the same when we will play in Larvik Arena in november. Otherwise I feel very good here in Budapest and at the club, everybody-my colleagues, the supporters are very nice with me , I think I am very lucky to be here.”- Nerea Pena told us.

The line-player of FTC and the Hungarian national team, Anita Cifra have done a great job both i defence and attack, beeing happy and full of hopes right after the match:

“I am really happy right now, because we got a superb victory, a result which can give us more confidence to the future.We managed to win today against one of the best teams in the world, doing this by a brilliant team-work. During the game we worked together well and had really great communication inside the team, we helped each other and we got this victory as a team. Personally I am extra satisfied that I could play in attack also, score and put my part to this victory. Our defence had worked extremelly well, our coach prepared us well against the opponents play, every player was focusing only on its duty and despite the mistakes we’ve done, we could keep the two points home and getting a slight advantage in the group.” 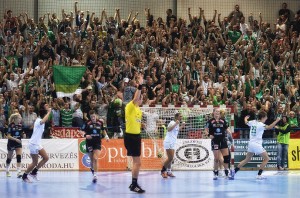 Zsuzsanna Tomori, the right back and the pillar of the defence had similar thoughts after the game:

” We played and won as a team today, which was  extremelly important. We helped each other, talked a lot during the game and of course we had some top-performances as well, like Szandra Zácsik and Melinda Pastrovics. In the second half we had became a little bit tired, then Larvik reduced the gap to only two goals, but the team didn’t gave up the fight, we ran home to defence and every player could put a little extra to keep the result and the gap in our favor and finally to win this fantastic match.  Now we already know that we are able to qualify to the Main Round, even as group winners, which is a great performance, but our dream is the semifinal…”

The assistant coach of Larvik HK, Tor Oddvar Moen have analyzed the match, beeing aware of the mistakes of his team and the reasons of beeing defeated in Dabas:

” As I have seen the match, my team was not good enough in attack and couldn’t keep the ball, we made a lot of mistakes, lost too many balls and were unprecise in our play. We also had long periodes of the game when our defence was quiet unorganised, haven’t stopped the opponent’s players, they had free spaces to get to the goal. Finally we had a little come-back, when we managed to reduce the difference to 18-20,  we felt that the team is on its way up, but then we’ve turned back to our khaotic offensiv-play again, and FTC scored more times. The last minutes of the match we tried to keep the less possible difference, in order to get the chance of making a better result in home-court. We have never given up, but we met a better team today. And comparing to last week, when we have got an easy victory against a Swedish team, here we met a more compact team, with quality players and a bigger pressure on court also. Our team had a more defensive thinking and way to play in attack, lost many balls and the hosts have showed a good performance. We have observed that they became tired in the second half, not having a large squad, but they managed to hold the result anyway.”