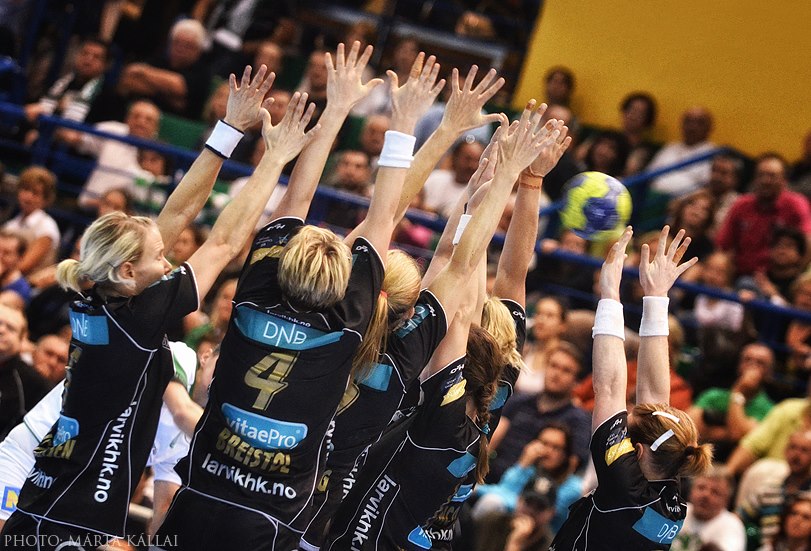 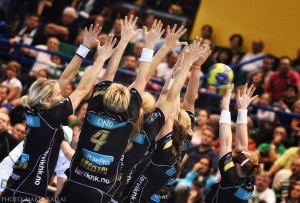 Sunday’s first CL -gam was organizes in Volgograd, between hosts from Dinamo and last years CL-winner, Norwegian Larvik HK. Both teams  possessd two points before the game, this match was a very important one in the way to qualification, for both formations.

Larvik could use today Tonje Larsen, who finished her recovery after a knee-surgery and is ready helping her team on the court too, but Kari Mette Johansen and Kirsitine Breistöl are missing  due to injurues. Russians squad is without Kocetova, Levina and Sedoykina, but Borscenko and Pidpalova are back on court.

In the first half Dinamo Volgograd showed to be a more compact team on home court as they performed against FTC two weeks ago.  The game lokk balanced until 8-8 in 18.minute, then Gjekstad’s timeo-out seemed to be helpful and Larvik pushed on acceleration, scoring on fast breaks, where the main roles has been played of Thea Mörk and Kristina Bille Hansen. Players like Riegelhuth-Koren and Linn J. Sulland made plenty of mistakes, so the Norwegian coaching team had to send new players on the court. Dinamo Volgograd’s young goalkeeper, Fomina had a great twenty minutes in goals, showing several saves, but the goalkeeper’s match in this part was clearly dominated by eternal young Cecilie Leganger, who had 11 saves. Half time: 14-17.

Second half started with a total blackout for the hosts, meanwhile Larvik has continued the succesive of fast breaks, running over the Russians, scoring by Edin, Bille and Hammerseng. Dinamo didn’t succeed against Leganger, Russians producing 12 minutes without scoring! Grebenkina has opened the series of Russian goals in this half, which were not so many. After 47 minutes of play, Larvik had a ten goals advantage, Dinamo’s youngsters had became tired and couldnt’ follow the highly accelerated Scandinavians. Final result: 24-35.