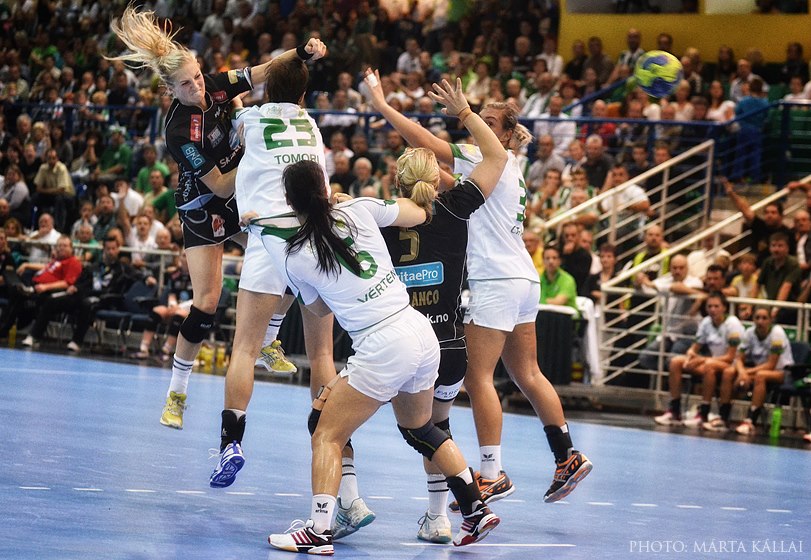 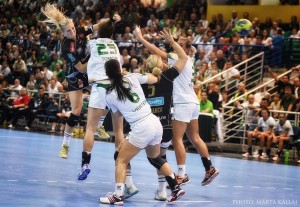 Norwegian Champion, Larvik HK visited the neighbours in Sweden, having to play an important match in order to keep their chances for finishing the group in the first place.

Savehof IK had no points before this match, bit the Swedish team showed a  growing-up trough the CL-matches, making a hard time to FTC Rail-Cargo Hungaria both times, in Dabas and in Göteborg also, so Larvik either couldn’t been sure in getting an easy victory in Partille Hallen.

The first half was a balanced one, where Swedish girls has showed their hunger to a first victory or point in CL, and Larvik had a hard time against them. Evolution of the score:2-4, 4-5, 6-7, 8-8, 9-8,10-10. With an outstanding Jamina Roberts and Ida Odéhn, the home team managed to win the first half by 13-11.

The secondpart was also very tight, but the guests seemed to be more determined to win this match. Cecilie Legenger has improved her saving percentage and players like Sulland, Breivang and Blanco showed a great performance. Tonje Larsen got some playing minutes in defence, and 20-20 in 47. minute,Larvik took the lead and the commandof the match, winning  by 25-29.